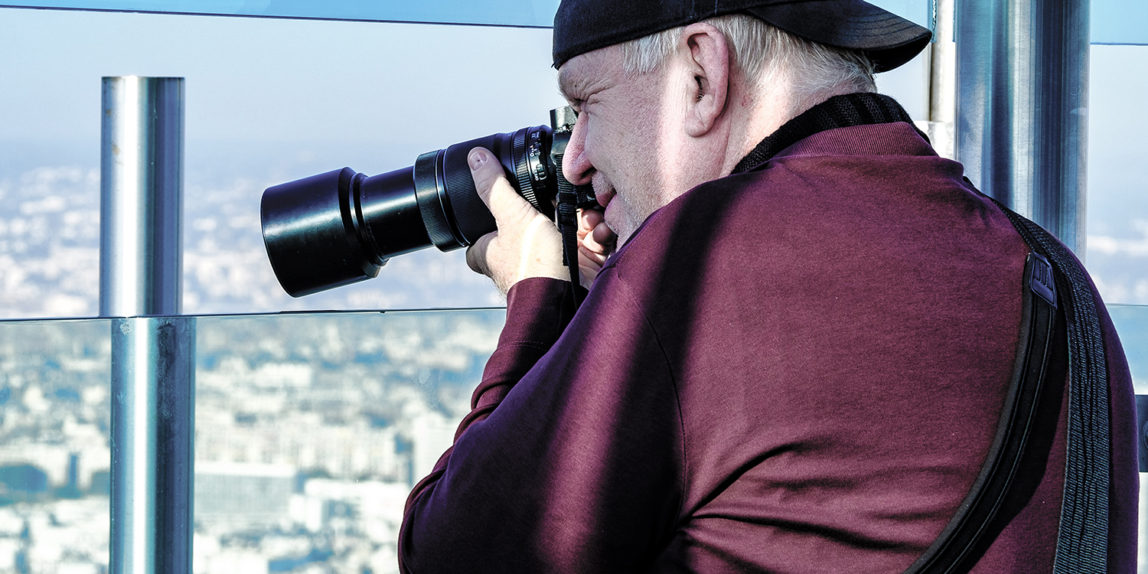 How do you focus your camera?  I’m assuming that you use the autofocus function of your camera.  Even if you’re manually focusing, this post might offer you some interest.  Did you know that autofocus predates digital?  In the 1990’s, technology started appearing in 35mm cameras.  There was a display screen for the settings on some cameras, the meter became much more sophisticated, and the camera could focus itself!

When digital cameras first came on the scene they continued the application of technology.  I am not aware of any digital cameras that don’t have autofocus.  Let’s look at this function.  When you depress your shutter button, it activates the autofocus function on the focus point selected in your display.  Generally speaking, it locks the focus while you continue the stroke of your finger to release the shutter.  There are many ways to manipulate this function – but lock-and-release is typically the default.  When you first learned to use your autofocusing camera, you probably learned the “lock the focus and frame the shot” process.  That’s where you put the focus point on the item you wish to be in focus, half-depressing the shutter release to lock the focus, then moving the camera to complete the framing of the shot.  You’ve probably seen photographers taking pictures and “wiggling” their camera immediately before they shoot.

Is this the optimum way to focus?  Why is the focus function on the shutter release?  When you start looking around the buttons and dials on the top of your camera, where would you put the function?  One of the pros of using the shutter release as the focus button is that you never take a picture without focusing.  The camera manufacturers that first added autofocus were probably concerned that people would get out-of-focus pictures and blame the autofocus system – which at the time was new.  Depending on how good the autofocus system is, focusing every time may actually be a bad idea.  If you carefully focus and you and the subject stay in the same place – do you need to be focusing every time?  And if you have a good focus for the first picture, all you can get for the second picture is the same or worse.  And we have all heard the jokes about the “wrrr – wrrr” of the autofocus function when it can’t lock.

What should we use if the shutter release isn’t the right button?  Most cameras have a button on the back of the camera that is somewhere under your thumb.  On Nikon it’s the “AF-L” button and on Canon it has a “*” on it.  And you can turn OFF the shutter release as autofocus.  Depending on the camera brand, there’s a mix of functions that allows you to relocate the autofocus function.  Now you have to train yourself on thumb, then finger – focus, then release.

Moving the autofocus function has a number of benefits.  The biggest thing is freeing up your shutter release to only release your shutter.  Again, when you refocus every time it’s not only time consuming but it can possibly focus on the WRONG item in the frame.  Plus, you must hold that button halfway down while reframing.  Both of these issues can make your images out-of-focus.  It’s much faster to focus once and shoot-shoot-shoot.  If you’re doing sports, you can pre-focus on a specific area – like first base – then just frame and shoot.

When you start doing this – you’ll forget to focus.  Keep at it – it will become second nature in no time.